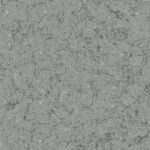 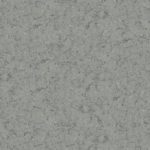 Pompei quartz is white based with dark and light grey swirls, and ice like inclusions of a quartzite crystal that give it one of the most realistic looks next to natural stone. Pompei an ancient Roman city near Naples was historically documented destroyed by the eruption of Mount Vesuvius in 79 A.D. This stone comprises an antiquing from a time long ago represented by grey ash that covered the city 4-6 meters below. It pairs exquisitely with charcoal and black for a dramatic look as well as adding contrast to whiter and lighter grey designs.

“It was really fun getting to know the team during the project. They were all helpful in answering my questions and made me feel at ease. The design ended up being better than I could have envisioned!”

“By far the best team I've ever worked with. They truly understood the look I was going for and completely nailed it! I would highly recommend them as a company, you simply just won't find any better team!”

“Alleanza is by far the most astonishing surface out there! I literally could not be happier with the results.”

There are no reviews yet.

Only logged in customers who have purchased this product may leave a review.